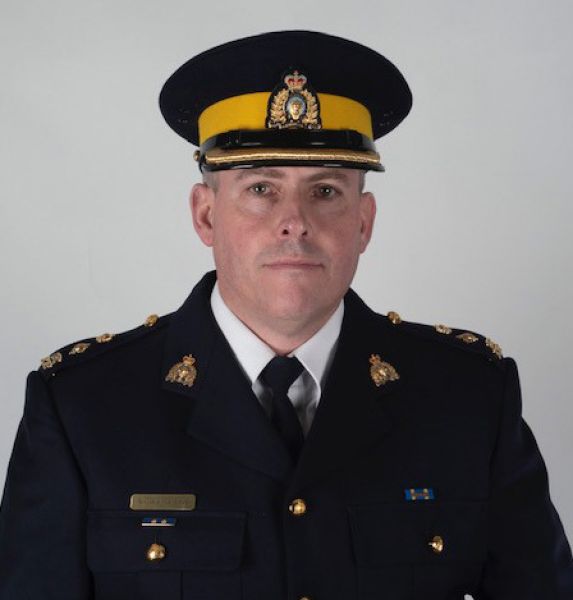 Foy, who was born in Cornwall, is joining the CPS with an extensive background in policing, possessing over 26 years of experience. As an experienced bilingual Superintendent with the Royal Canadian Mounted Police (RCMP), he has demonstrated his adaptability through his numerous deployments across the country in a leadership capacity.

Foy commenced his career as a police officer with the RCMP in 1996. From 1996-2007, he held various roles, while working in municipal and provincial policing.

In 2007, as a Corporal, Foy returned to the Cornwall area where he was posted to the Cornwall-Valleyfield RCMP detachment.  While working in Cornwall, he led an integrated response team with the Cornwall Regional Task Force. During this period, he conducted marine enforcement along the shared waterways in and around the Cornwall area.  In December 2011, Foy was seconded to the Massena Border Enforcement Security Task Force, investigating trans-national organized crime.

Progressing through the ranks of the RCMP, Foy has worked in several specialty areas of policing, including drug enforcement, organized crime, national security and war crimes. Most recently, Foy held the position of Officer in Charge of Major Crimes for the province of Saskatchewan, where he oversaw multiple units, including General Investigations, Child Exploitation Unit, and the Sex Offender Registry.

A Business Administration graduate of the University of Ottawa, Foy has continued to apply himself academically and is currently enrolled in the Executive Development in Policing Program through the Canadian Police College. Earlier this year, he was awarded with the Long Service Medal by the RCMP for 25 years of service, along with Team Commander Accreditation in Saskatchewan. In 2017, he was awarded the Team Commander Accreditation in Ontario, as well as Air Incident Commander Designation.

“The Cornwall Police Services Board is very pleased to welcome Vincent Foy as the new Deputy Chief of Police and anticipate that his personal strengths, broad experience, and formidable skillset will compliment the excellent work performed by our current staff,” said Chair of the Police Services Board, Elaine MacDonald. “Given Mr. Foy’s experience in Cornwall and area, we look forward to a seamless transition.”

Chair MacDonald, on behalf of the Board, also wished to acknowledge the current staff and members of the Senior Leadership Team, who have assisted Chief Spowart in maintaining all of the operations during the vacancy of a Deputy Chief. “Throughout this time,” she adds, “the employees of the CPS have showed themselves to be the consummate professionals who daily earn our absolute trust and enjoy our complete confidence.”

Foy also has extensive volunteer experience, having served on the Board of Directors for the Children’s Aid Society of Stormont, Dundas and Glengarry from 2008 to 2015. He has also been a civilian instructor for the Army Cadets in British Columbia, in addition to being a proud soccer coach for his two sons.

“Superintendent Foy has taken great strides within the Royal Canadian Mounted Police and we are excited to apply his unique skillset and experience to serve the residents of Cornwall,” said Shawna Spowart, Chief of Police. “His previous experience and leadership in modernizing the deployment of resources will be a great asset to the Cornwall Police Service, as we set out to achieve the priorities of our Strategic Plan over the next three years.”

The Cornwall Police Services Board and CPS are eager to welcome Foy to the Service.

The appointed Deputy Chief looks forward to returning to the Cornwall area with his wife and two sons. He will be officially sworn in on January 13th, 2022 at the Cornwall Police Services Board meeting.

CPS Statement on the Death of Tyre Nichols in Tennessee